I remember when I first realized that my life—my very existence—was part of the reason our planet was crumbling before our eyes. I was sixteen and had just finished reading The Omnivore’s Dilemma, which detailed the grim reality of modern food production. That book opened a door to a long journey examining the inherent unsustainability of every part of my life. Each decision had to be evaluated by an endless stream of options that could cause varying degrees of harm in different ways. The guilt was all-consuming and with each year it grew, becoming heavier and more oppressive as our planet continued its plunge into environmental disarray. I became frantic, trying to offset the different aspects of my life with each new fact I learned about humanity’s impact on the environment.

There was the period that I refused to use any toiletries other than a combination of castile soap, vinegar, and baking soda. Or the time when I stopped eating all animal products, fussing over various organic food certifications, or hoarding recyclables in my car. I’m currently in my anti-plastic and reproductive worry period: Is it even ethical for me and my husband to consider having children? Do you know how many resources a baby born in the United States will consume throughout their lifetime?

Every day for the last decade, I have been trying to assuage my deep guilt about how I am destroying the planet with every purchase, each bite, every flight, every forgotten tote bag, and each straw a waiter has placed on my table before I can refuse.

There’s an episode of the TV show The Good Place that captures this eco-anxiety and despair. The main characters have just peeked behind the curtain and learned about the point system that determines your fate in the afterlife, prompting a demon-turned-savior to exclaim: “These days just buying a tomato at a grocery store means that you are unwittingly supporting toxic pesticides, exploiting labor, contributing to global warming. Humans think they are making one choice, but they are actually making dozens of choices!”

Every day for the last decade, I have been trying to assuage my deep guilt about how I am destroying the planet with every purchase, each bite, every flight, every forgotten tote bag, and each straw a waiter has placed on my table before I can refuse.

The satire is painful in its accuracy. It is way too hard to make the “right” choice these days, even when you are trying so damn hard. No choice is a single choice. And after years of feeling guilty and trying to contort myself into impossible shapes to satisfy my ethics in an impossibly complicated system, I’ve realized that it’s not my fault. Our sustainability guilt is misplaced.

We should not feel guilty. Instead, we should be enraged—at the corporations and politicians who have designed systems meant to fail us and the planet in service of turning a profit. I have borne the cross of corporate failure for far too long, and I am not going to do it any longer.

We have been made to believe that the problem is our consumption. It is not, at least not entirely. It is their production. Their production, and their various well-designed machinations to get us to buy fraught products, dispose of them as soon as possible, and buy anew. Apple infamously slowed down older models when they introduced a new version; they also have fought tooth and nail to prevent right-to-repair legislation that would give individuals and small repair shops the right to fix these products, which could help extend their lifecycle. Keep America Beautiful, an organization that has focused on convincing us to stop littering since the advent of plastic disposability in the 1950s, is led by executives at plastic and beverage companies responsible for much of the waste being produced. Fossil fuel sources are subsidized to have artificially low prices to encourage their excess use.

After years of feeling guilty and trying to contort myself into impossible shapes to satisfy my ethics in an impossibly complicated system, I’ve realized that it’s not my fault. Our sustainability guilt is misplaced.

In the United States, our national infrastructure reflects the interest of corporate greed over people and the environment. While there is disagreement as to why federal legislation funded highway infrastructure over mass transit systems after WWII, more recently oil billionaires have been pouring money into efforts to kill public transit systems around the country. Many of the same forces involved in producing cheap, unsustainable food are also those that produce the need for it (reduced wages and income), while organic and niche “sustainably” produced food appeases wealthy, conscientious consumers who could demand greater systemic change. Big plastic has fought for disposability in virtually all consumer products, citing hygiene or health or convenience—but it is in their best interest, not ours. Oil, plastics, and food corporations driving our dire environmental problems have used the same strategies employed by Big Tobacco to obfuscate their role in the crisis—funding studies, burying damning findings, funding political passivity.

Now, corporations are continuing to prioritize their earnings at the expense of our well-being and that of the planet during this pandemic. Plastic interest groups are advocating for single-use plastic bag bans to be paused or overturned. The EPA, headed by a former coal lobbyist whose clients contaminated waterways and silenced whistleblowers, has announced they won’t be enforcing environmental regulations for the foreseeable future. All of this while we still lack a national testing system for the virus, health care and frontline workers are being sent to work without protective equipment (and then dying), and huge companies are taking bailouts from the government and then announcing plans to lay off workers.

It is way too hard to make the “right” choice these days, even when you are trying so damn hard.

We have seen that things we were told were impossible are not. When faced with potential loss of earnings or a stagnated economy, corporations and politicians have leapt into action—direct payments to struggling Americans (though it’s likely not enough), paid sick leave (negotiated begrudgingly), allowances to work from home (now a necessity). No matter how they frame these actions through sappy ads (featuring underpaid and vulnerable workers), we aren’t fooled. They aren’t doing any of this for us. They’ve been showing us who they are for 50 years in how they’ve approached climate change. They have had ample opportunities to act on the environmental crises we’re drowning in. Instead, they’ve dragged their feet—and foisted the burden onto individuals. Why would a pandemic be any different?

To be sure, when it comes to the environment, we as individuals are the consumers and the disposers, the drivers and the flyers. Each of us could go without many nonessentials (like plastic-bottled soda, cookies wrapped in sheathes of plastic, or the newest model phone, to name a few). We cannot solely rely on corporations to make their products better. A more sustainable and equitable future does require that we consume a lot less individually and collectively. I wish I could say that if big brands don’t make their products and services better for the planet, then we will stop buying from them. But the reality is that many people do not have the time or economic means to stop, especially not now.

Corporations and politicians had ample opportunities to act on the environmental crises we’re drowning in. Instead, they’ve dragged their feet—and foisted the burden onto individuals. Why would a pandemic be any different?

If the only solution to our environmental woes lies in individuals—many of whom are struggling to just pay the bills—spending their already scarce time and resources to find “sustainable” alternatives in a system that makes that all but impossible, we might as well give up now. How can we demand that we all go carbon-free, organic, and zero-waste when those options are unattainable for the grand majority of the population? They are often the most expensive and least convenient, existing primarily to make a few of us feel better while those on the margins continue to bear the brunt of an unsustainable system.

When companies do offer “eco-friendly” alternatives, we breathe a sigh of relief and buy those to temporarily assuage our guilty feelings. But that “out” for the conscientious consumer is a false one that allows us to momentarily placate our guilt while corporations continue to exploit us and the planet without any meaningful change to their overarching business model.

The majority of organic brands are owned by massive conglomerates: companies like Seventh Generation, Tom’s of Maine, and Burt’s Bees are owned by Unilever, Colgate-Palmolive, and The Clorox Company, respectively. This illusion of choice means that when we do our best to support a sustainable option, we are paying some of the biggest plastic polluters in the world. Under the guise of a free market, these monolithic companies influence regulation that leads to a system designed for their profits with little regard for the environment and all of us who inhabit it.

I am still going to do my best to tread lightly on this planet and align my actions with my ethics. But I am also going to stop feeling guilty, and instead turn my guilt into anger at the powerful corporations who have designed a system that fails us and the earth. 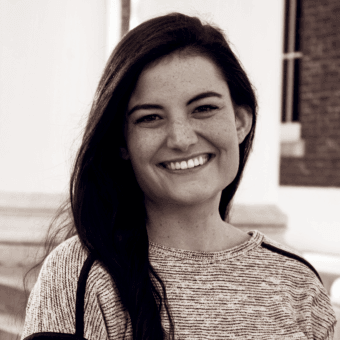 Michaela Barnett is an editor at the Behavioral Scientist and a Ph.D. fellow in the Convergent Behavioral Science Initiative at the University of Virginia. Her research focuses on the perceptions and politics that drive waste management solutions.