Yet despite overwhelming support for new immigration policy, reform has stalled for over a decade, since the beginning of George W. Bush’s administration. In his State of the Union address, President Barack Obama didn’t say much about immigration, but he did call on congress to get reform done this year. And he’s currently close to a solution, maybe. The immigration bill, or the “Border Security, Economic Opportunity, and Immigration Modernization Act of 2013,” created by a bipartisan group of legislators is largely a moderate, middle-of-the-road solution to immigration reform.  It includes the provisions to increase border patrol that Republicans wanted, creates the pathway to citizenship for undocumented immigrants wanted by Democrats, and gives preference to high-skilled and highly-educated immigrants. It passed easily in the Senate but is expected to face difficulties in the more conservative House, the main sticking point being the provisions that create a way for current undocumented immigrants to become citizens.

Indeed, it doesn’t appear the House will even consider the bill. Since Obama’s speech, House Republicans met in Maryland, where they hammered out their own proposal. Their bill calls for increased border security and interior immigration enforcement, but also includes a way for undocumented workers to stay in the country legally. Undocumented workers, however, must “get right with the law.” This includes registering with the federal government, paying fines and back taxes, and undergoing a thorough background check. They would also have to learn English and prove they can support themselves without government assistance.

It seems unlikely this bill will fair well in the Senate or be something that Obama will be willing to put his signature on. If that’s the case, immigration reform will continue to stall.

To better understand President Obama’s comments on immigration in the State of the Union, the current status of immigration reform in the US, and the disconnect between perceptions and policy, we caught up with Tufts University Professor of Political Psychology Deborah Schildkraut, whose research has focused on how the U.S.’s changing ethnic composition affects public opinion. Schildkraut also helped us compile a further reading list, found at the end of the article, for those interested in exploring further the political and psychological research on immigration.

Max Nesterak: Obama did not talk much about immigration reform. Did that surprise you?

Deborah Schildkraut: It did, at first. I was watching, and I said, that’s it? The more I thought about it, I can understand why he did not say that much. I don’t know how much he can do by himself. A lot of his speech on other issues was “Here’s what I’d like congress to do, but if you’re not going to do it, here’s what I’m going to do without you.” I don’t know if he has too many other options on immigration besides what he already did with the deferred action related to the DREAM Act. I don’t think he thought there was much to be gained from laying out specifically what he wants. Rather he wants congress to really come together with something.

I was surprised there wasn’t more on the state of our country’s demographics moving forward–how many people live with immigrants or are the children of immigrants or are increasingly non-white but are learning English. I was really surprised he didn’t underscore the reasons why we should act on a human level regardless of what the terms of the actual policy is. Given all the talk after the election about how democracy is destiny and how the Republican Party is on its way to extinction if it doesn’t reach out more, I was surprised he didn’t have more of that language.

MN: You’ve done a lot of research on how American perceptions of immigration affect public policy. Can you describe some of that research?

DS: I think the question might not be phrased the right way because actually immigration policy doesn’t often match public opinion all that well. That’s not to say people don’t have misperceptions about immigrants, they do. They widely overestimate the number of immigrants that are here illegally. They think it’s much higher than it is. They think most immigrants are illegal immigrants. They don’t realize the percentage of immigrants that are highly skilled and highly educated and are here legally.

The public is very supportive and has been for a very long time of creating a way for people who are here illegally to become citizens.

Just today for what I’m working on, independently of your phone call, I was looking at some of the recent data on public opinion about immigration, and the public is very supportive and has been for a very long time of creating a way for people who are here illegally to become citizens. That has been discussed in congress for over a decade, since the start of the Bush administration, with nothing happening. The public is a lot more generous about immigration than current policy debates would suggest. So there seems to be quite a disconnect between what people think and what we see actually happening in Washington.

MN: What do you think causes that disconnect?

DS: I think what causes the disconnect is a couple of things. You have a lot of business interests that might be weary of having more regulation and control on their hiring practices. You have liberals and civil liberties groups that might be weary of say requiring employers to use something like eVerify, that might lead to profiling of job applicants. You have a case where, maybe analogous to gun control, it’s an issue of majority opinion versus smaller, more vocal groups. There’s a sense I think, particularly among those on the right that they would anger some very active constituents if they were to create a path to citizenship. Even though it’s far from the majority, it’s a vocal view, and they’re afraid of “awarding” lawbreakers with amnesty. So there’s a lot of symbolism there, and a lot of politically powerful factions that have very different interests that press on lawmakers, and it just makes compromise very difficult on this issue. The result is policy inaction, even though almost everybody agrees that there should be action of some sort.

Max Nesterak: I’d like to talk about Steven Rodriguez, whose story Obama used to discuss improving access to higher education. He highlighted that Rodriguez is a first generation immigrant, the son of a factory worker, that he did not speak English when he came to the United States. It seems to be as much about immigration as it is about education, and it frames the discussion of immigration in terms of the American Dream. What do you make of Obama’s choice of Rodriguez?

DS: I thought that was really interesting. Traditionally, education is one area where issues of ethnicity and language are really divisive, where people think our schools need more resources, but we shouldn’t divert them to students who don’t know English because they should just know English. He didn’t specifically talk about any funding for bilingual education or transitional programs. I actually didn’t know what to make of that. It highlighted the divisive aspects of education, while also tapping into these enduring, universal components of the American Dream. We’re left to believe [Rodriguez] learned English by working hard. I thought it was pretty vague and a way of pleasing all constituencies without saying a whole lot.

MN: What I found interesting was Obama’s statement that immigrants make America more attractive to businesses through contributing to our culture. According to psychologists who study immigration, one of the critical factors causing immigrant resentment is the belief that immigrants will not assimilate and will change the perceived American national identity. What do you make of this big leap, even for Obama, in contextualizing that as a benefit of immigration?

DS: Yeah, he’s really just in a difficult place in immigration. He needs Republicans to find a way to put something forward that he can swallow. It’s not going to be exactly what he wants, but he won’t get anything done unless Republicans give him something he can put his signature on. On the Republican side, you mentioned the McMorris quote about border security, he’s not going to talk about this in terms of national security or terrorism or the deportations because that’s going to alienate people who are traditionally his allies. I really just interpreted it as not trying to ruffle too many feathers on immigration.

There seems to be quite a disconnect between what people think and what we see actually happening in Washington.

The issues that republicans tend to raise about immigration, at least these days, are national security and the impact of immigration on the economy. No one these days among political leaders, when talking about Asian and Latino immigration, is explicit in talking about the cultural dimension. They’re more explicit on the cultural dimension when you’re talking about things like the increasing presence of Muslims in the U.S., and that’s not really apart of this bigger immigration reform debate. When you’re talking really about the large-scale immigration patterns and trends and areas of policy reform, these are the notes that are left for him to hit.

MN: Would you be able to speak to how immigrants and immigrants who are also Americans, feel like they’re perceived in American society?

DS: The work I know on that doesn’t do a great job of separating out immigrants who have naturalized and immigrants who haven’t. But acculturation still happens. People who, say among Latinos and Asians, who feel the most alienated in society are the immigrant generation, and [as] subsequent generations learn English, they come to think of themselves as Americans, and they’re born here, so they are Americans. One study I’m thinking about in particular is by Regina Branton in 2007 (Latino Attitudes Toward Various Areas of Public Policy: The Importance of Acculturation), that shows among latinos, as they acculturate, their views become indistinguishable from white democrats on a lot of measures and it’s really the immigrant generation that do not think of themselves as Americans, which is not surprising, because they’re not American, don’t know English, feel like they’re discriminated against in American society. Immigrants do perceive that they’re not felt to be welcome, but it does not last through the generations.

MN: Can you tell me a bit about what you’re working on now?

DS: Some of the stuff I’m working on now is looking at how white native-born Americans respond to some of the discourses around immigration. There are lots of cities across the country that have actually very welcoming policies towards immigrants. In 2012, Rahm Emanuel said he wanted Chicago to be known as the most immigrant-friendly city in the country, and lots of other cities, rust belt cities in Ohio and Michigan and even Baltimore, that say we need immigrants, we need to revitalize. And my work looks at what effects that kind of discourse has on the native-born population. Are they excited by that, the revitalization? Do they find it threatening? Does it heighten their sense of white identity? 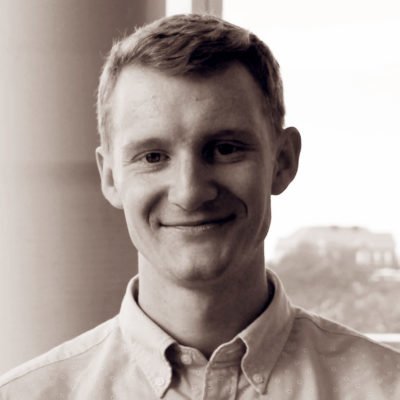