For many people, the global financial crisis eroded trust in corporations and government. There was a double-digit decline in trust of large banks in particular, dropping from 69% before the crisis to 49% in 2013 in Edelman Trust data. These perceptions have ushered in a new paradigm of oversight between regulators and firms, both for banks and big business generally. And this increased oversight of companies has also created new dynamics between organizations and their employees, as executives try to control for any possibility of misconduct.

One troubling reaction to this shift is that some companies are starting to monitor employees’ every click, word, and interaction to catch would-be trust violators. In other words, they’re trying to find a few bad apples by monitoring all of their workers.

Monitoring employees can have benefits, but it can also decimate employee morale and, paradoxically, weaken ethical behavior. Research suggests that when companies monitor an employee’s every move, they signal distrust, which can lead to employee disengagement. Disengaged employees are less productive; they can also introduce new risks to the organization as people stop actively searching for the right thing to do and focus instead on mere compliance. In other words, sometimes they miss the forest for the trees.

Monitoring employees can have benefits, but it can also decimate employee morale and, paradoxically, weaken ethical behavior.

That seems to be what happened with certain MetLife employees in 2017. The federal regulations and corresponding internal systems at the company required that insurers only contact a pension recipient twice—once at the age of 65, and again five years later. Adhering closely to the rules, MetLife employees did just that—and subsequently failed to pay benefits to 13,500 customers. Had each claim processor taken a step back to think through the impact of the procedures on clients, beyond the prescriptive rules given to them, they may have considered that retirees often move to a new address at that age and that increased efforts are required to reach them. The company’s legal settlement with regulators in Massachusetts was $1M, and it continues to cooperate in investigations with the SEC and the NY State Financial Services Regulators. This seemingly small operations failure is leading to calls for more prescriptive rules and accompanied controls on pension payment processes.

And yet, monitoring employees does not always lead inevitably to disengagement or conditioned tendencies toward mere compliance. Indeed, the increasingly popular efforts to introduce more “people analytics” functions in organizations can be positive. By analyzing and experimenting with employee data, companies can create better teams, nudge people to make prosocial choices, or redesign processes to improve truth-telling in disclosure.

But these interventions can yield good results only if we get the ethics right. And managing ethics relating to monitoring and surveillance become particularly thorny in workplaces.

In his book The Ethics of Influence, Cass Sunstein explores the difference between coercion and influence: influence, like that annoying calorie count next to the cheeseburger you want to enjoy, is an intervention that you can refuse or ignore. For an intervention to rise to the level of coercion, it needs to carry with it a threat of punishment or force.

The employer-employee relationship can create this type of threat, or at least the perception of it; many workers wish to keep their jobs and not fall out of line with management. This is the case particularly in the U.S., where the balance of power (and law) favors the company. Most of the protections Americans have for free speech or against unlawful search is a protection from government intrusion, not corporate action. Employer-provided devices, for example, give the company the right and ability to monitor employee activities; only in narrow circumstances can employees effectively push back on companies (think bathroom video surveillance, which is fortunately off limits).

Surveillance in an office isn’t like a law-enforcement drama where detectives lurk behind the scenes to covertly catch suspected criminals because that’s the only way to get the “bad guys” to change their ways.

To be sure, most orderly groups use some kind of coercive control to regulate behavior, but if a society or a company were to go too far—too many rules, no latitude for mistakes, and the imposition of harsh punishment—this could create not only fear but also reduce individual acts of conscience and independent judgment. Instead of reviewing problems critically, employees may rationalize that they can just follow the rules and be in the clear. Unfortunately, this line of thinking and surveillance strategy could increase risk.

So what’s an employer to do? We suggest three ways to motivate ethical employee behavior without resorting to a potentially harmful form of surveillance.

#1: Start with a foundation and perception of fairness. Social science research has consistently shown that when employees think they’re being treated fairly, they’re more likely to embrace an organization’s values and goals. Perceptions of unfairness are a major driver of misbehavior, and are a minimum requirement of an ethical culture according to the Two-Factor Model for Ethical Culture. The model was created by Ethical Systems, a research collaboration composed of social scientists (one of us, Filabi, serves as its Executive Director, and the other, Hurley, is a collaborator), using behavioral science research to outline the key dimensions of an ethical workplace. One practical way to increase fairness is to do a culture audit of your organization to assess when employees have experienced unfairness (e.g., do your senior leaders get away with behaviors that junior employees are punished for? Do you pay men more than women?) and eliminate those problems at their root. By addressing impediments to ethical culture, leaders can increase effectiveness without eroding employee trust through continuous or unethical surveillance.

#2: Make any monitoring system transparent. This one is simple: if you’re monitoring people, let them know, lest you erode trust even further once they discover the monitoring system. Surveillance in an office isn’t like a law-enforcement drama where cops or detectives lurk behind the scenes to covertly catch suspected criminals because that’s the only way to get the “bad guys” to change their ways. What’s more, experimental research published in the Journal of Economic Psychology shows that increased transparency about the existence of a nudge or default rule doesn’t make it less effective. While we need more research to determine whether that finding extends to surveillance systems, it still suggests that in a community of shared goals, transparency can help strengthen relationships among people without reducing effectiveness.

#3: Hold leaders accountable for the environments they create. Those companies that achieve the right balance between trust and control do so by requiring leaders to take responsibility for the environment they create. Senior executives need to promote positive social norms, while holding middle managers accountable for the behavior of the entire team. For example, at GE and IBM, leaders are responsible not only for achieving their profit targets but also for establishing the right “control” environment. In the event of a misdeed, ignorance of the problem is not a defense, and they can be terminated if they “should have known” about the behaviors.

Ethical behavior in organizations is a result of messy, complex human interactions—and the myriad incentives that motivate those relationships. In other words, it’s not just humans, but their environments and the contexts that they operate inside, that are worth investigating. This means that to improve ethics, companies should not start by looking for bad people, through surveillance or otherwise. While a few “bad apples” may indeed commit some fraud, the majority of employees show up to work daily to keep a healthy barrel intact. A successful organization will understand how its environment may be encouraging or discouraging certain behaviors, and motivate its employees while keeping their human monitoring systems humane. 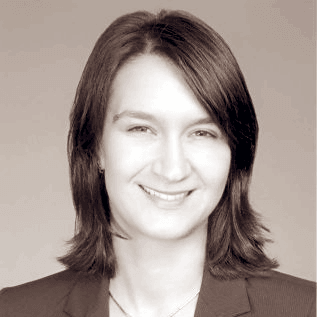 Azish Filabi is the executive director of Ethical Systems, a research collaboration that helps businesses distill findings from behavioral science research and develop strategies to measure and promote ethical culture in their organizations. She received a J.D. from the UVA School of Law and an M.A. in international affairs from the Johns Hopkins University SAIS. 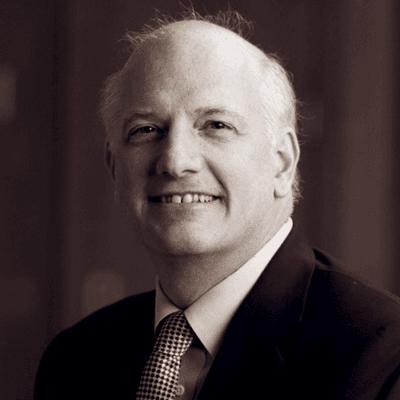 Robert Hurley is a professor at Fordham University and the executive director of the Consortium for Trustworthy Organizations. The Washington Post selected his book, The Decision to Trust: How Leaders Create High-Trust Organizations, as one of the best leadership books of 2011.